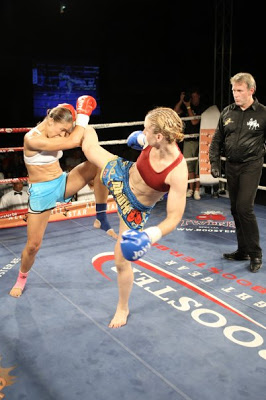 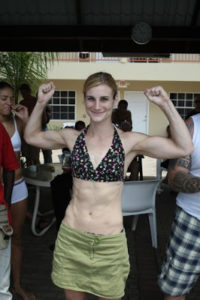 Where does your motivation for fighting come from? What makes you want to fight and train?

I fight because of the mental and physical challenges it presents. There is nothing like getting in a ring and pushing yourself to your mental and physical limits. The training is even tougher. I do it because I love muay thai and fighting is largely about bringing honour to the camp by going good muay thai.

What does being a “warrior” mean to you? Do you have a specific image of yourself as a fighter or as a person?

A warrior is a person with a strong heart. In Thai they call it Gamlang jai. Warriors are people who will not let themselves be defeated regardless of the outcome in the ring. They fight until they can’t. And then they keep fighting. I’m a fighter who tries (though I’m not always successful) to enjoy myself in the ring. People frequently comment on how much I’m smiling before and even during the fight. It’s a real privilege to fight and I always try to keep that in mind.

How has the mindset you developed in fighting made it easier for you to exceed your limits in the rest of your life?

I get very anxious about fighting. I’m never afraid of getting hurt, but I get nervous that I won’t fight up to my potential. My anxiety will get so bad that I think of backing out. I come up with elaborate plans to leave the country or find other ways to get out of fighting. However, in my five years of fighting, I have never backed out of a fight. Knowing that quitting is not an option forces me to continue despite nearly disabling fear of failure. Very few other experiences compare to the challenge of fighting. I try to keep that in mind when I face difficult situations.

What have you learned through fighting that has helped you become more effective, balanced or happy in your life?

Fighting has taught me to focus on one thing and excel at it. I’ve always been a person with diverse interests who likes to stay busy. At one point I was volunteering, doing prisoner activism, working a few jobs, going to school and training muay thai. I loved everything I was doing, but couldn’t put my full effort into any one thing. With fighting, you have to dedicate yourself 100% or you just shouldn’t do it. I figured out that I would rather simplify my life and focus on the few things that matter than spread myself too thin. 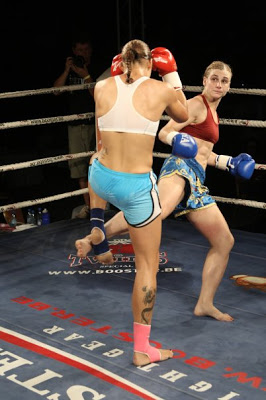 What advice would you have for other women looking to get into or excel at your
sport?

We need more women to get involved so that the sport can grow. Most of the female fighters I know have a lot of trouble finding fights because there are so few of us out there. Fighting is not for everyone, but you won’t know if you’re a fighter until you train and actually get into the ring. The most female fighter I know got into the sport for fitness, fell in love and realized that they were fighters. 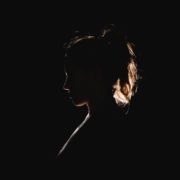 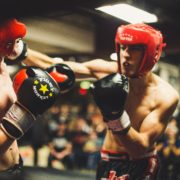 Book Review : THE BOXER’S BOOK OF TRAINING AND CONDITIONING 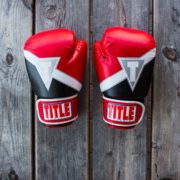 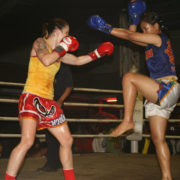 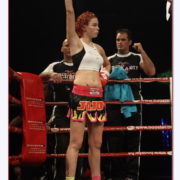 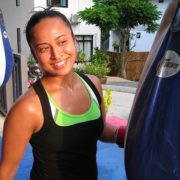 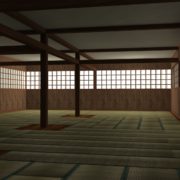 WHAT IS THE MEANING OF “DOJO” 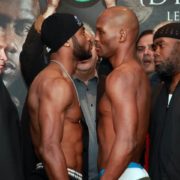 BOXER’S SHOULDER : HOW TO PREVENT OR FIX IT
0 replies